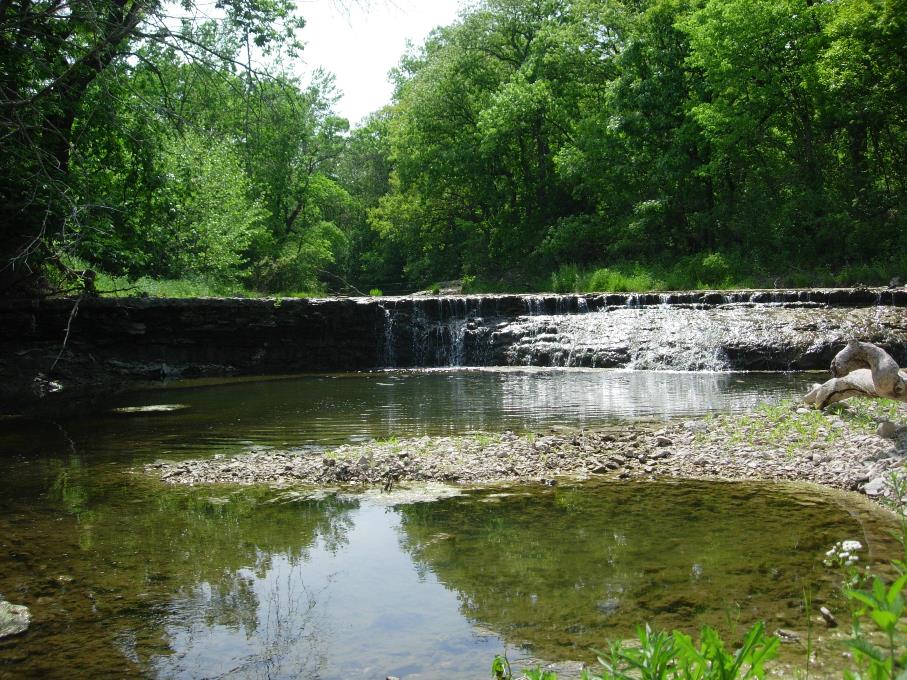 The Urban's Prairie Research Area consists of a small track of land in Wabaunsee County, south-southeast of Manhattan, KS. The approximately 35 ha site can be subdivided into 5 terrestrial habitats. Native prairie covers about 18 ha and has been managed for at least 10 years in a fashion typical of most grazing lands in the Flint Hills region. This pasture is burned annually as conditions allowed, and grazed by cattle between the months of May and November. Native grasses also cover an additional 3.6 ha that is managed for hay and mowed at least once per year. Historically cultivated fields comprise approximately 7.4 ha. Various crops, including corn, wheat, and soybeans have been rotated through these fields for the past 15 years, with cultivation having occurred for many years previous to this. Cattle are also allowed to graze on the remnants of both the crop lands and hay field in winter. An additional 3 ha of riparian zones meander through each of the other habitat types and the old homestead area covers about 3.2 ha with additional native grasses and brome.

The site includes several 1st order intermittent streams flowing through wooded ravines and one man-made farm pond that has never been stocked with fish, but contains a variety of aquatic invertebrates and several species of frog. A 457 m section of a large 2nd order perennial stream flows through the middle of the crop land. This stream includes a small waterfall with a large pool and several other riffle and pool segments. Thirteen species of native fish have been identified from the stream, including the endangered Topeka shiner. 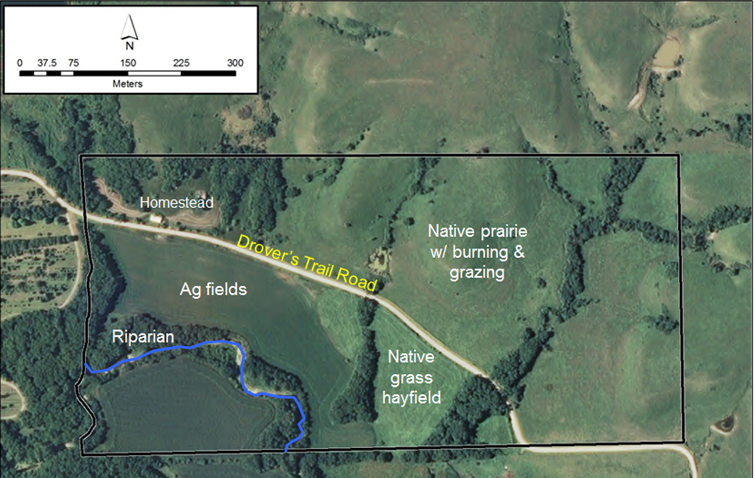 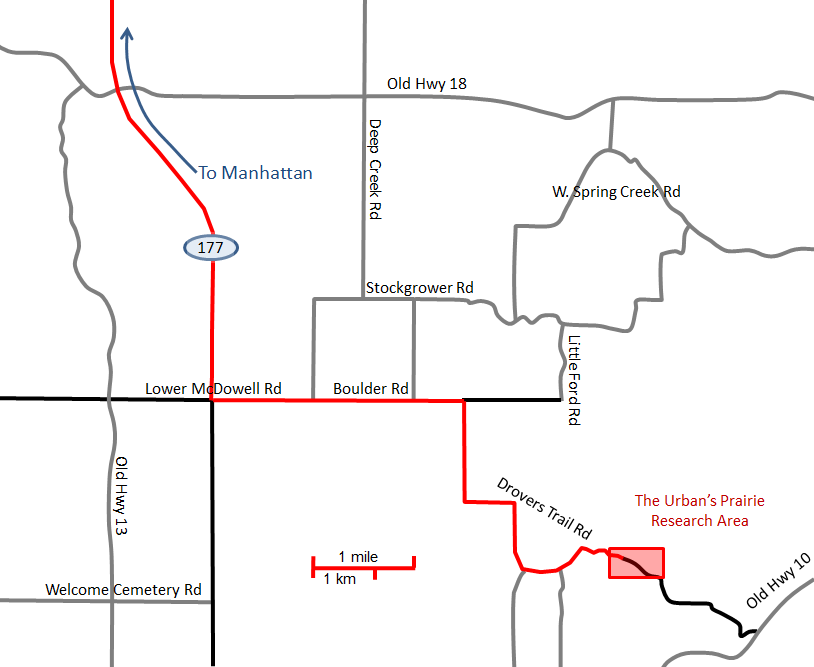